This was totally unplanned at the beginning of 2018 when I made the original list of 50 challenges and I had no idea we would take such a trip this year. However for our 8th wedding anniversary Chris booked a lovely holiday to the Caribbean island of Grenada where we were very lucky to stay in Sandals which was quite a treat and at the other end of the accommodation scale from our two camping experiences this year, one being in Wales and the other in the Peak District!

Our second camping weekend of 2018! Last weekend we stayed in Coopers Campsite in Edale, a quaint village nestled in Derbyshire’s Peak District. We climbed Kinder Scout in lovely sunny weather on Saturday and somewhere near Derwent Reservoir in torrential rain on Sunday!

Coopers is quite different from our previous wild camp weekend… this time hot showers were available, the campsite had a cafe where we had a cooked breakfast each morning and the Old Nags Head is just across the road! Coopers is also at the end (or beginning…) of the Pennine Way!

As the highest point in the Peak District in Derbyshire I had always thought of Kinder Scout as a peak or a hill rather than a mountain. However, as Wikitravel and other websites classify Kinder Scout as a mountain, I’ve added it as the third mountain climbed in 2018! (And at 636 meters it was actually higher than Slieve Tooey last Saturday which is a mountain…)

Chris and I had a great weekend with 5 of our friends where we camped in Edale and climbed Kinder Scout last Saturday in lovely sunny weather.

By complete contrast we climbed another two peaks the following day in torrential rain, temperatures not much above freezing and high winds! 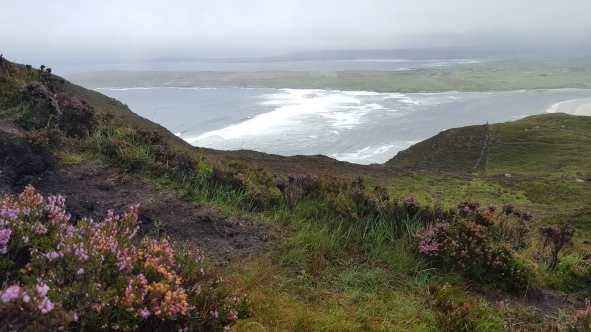 My second mountain of 2018! As part of a group of 7 I climbed to the 511 m summit of Slieve Tooey in County Donegal, Ireland last weekend. After a fantastically warm summer of record breaking temperatures, our climb was wet and windy with the remnants of Tropical Storm Ernesto at the top! Thankfully we were in the safe hands of Kevin, our guide. With the mist and poor visibility at the top his navigation and map reading skills were essential. A full blog post of my Donegal weekend can be found on my travel blog.

A trip to Below Zero ice bar in London seemed a different and somewhat novel treat for my daughter’s birthday and an opportunity for me to tick this one off my list!

We arrived in sweltering temperatures of +31 degrees so it was a good day to spend some time hanging around a bar made from ice and drinking a pina colada from an ice glass! We had to ensure we were wearing gloves to pick them up so that our hands didn’t freeze to the ‘glasses’ and as we drank from them the rim of the thick ice glass slowly began to melt! 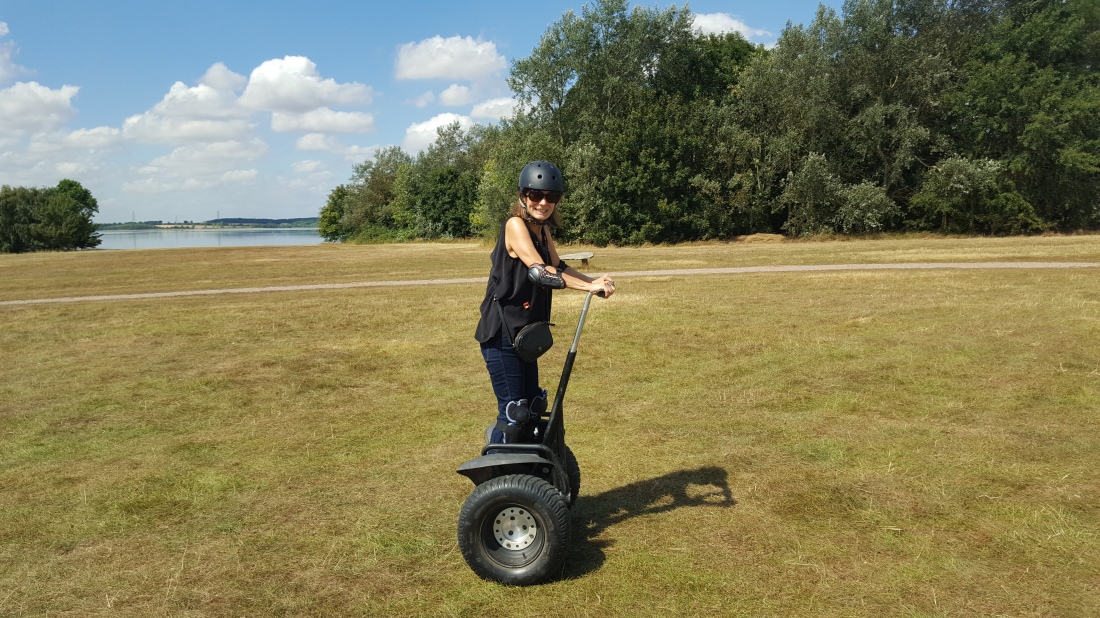 Chris and I recently did a segway experience, a thoughtful joint Christmas gift from my lovely step-daughters Annabelle and Charlotte!

We spent an hour doing some initial training and then riding around a track while balancing on the segways. The concept was easy:

I tried wood carving for the first time during last weekend’s camping adventure! As part of a small group my friend Mark used his expertise and showed us how to create wooden masterpieces from small branches! I used a sharp knife and two hours later was the proud owner of my very own hand made spatula:

As I mentioned in my ‘being grateful‘ post I enjoy camping as much as staying in a 4 or 5 star hotel. Sometimes the home comforts and luxuries you experience in a decent hotel are a lovely and welcome treat. However many hotels and especially branded hotels are all the same and… they are all a fairly bland square box of cream and beige! They don’t beat the real sense of adventure you experience in the great outdoors… sitting around the campfire with great friends, chatting, banter, wine and a BBQ…

Chris and I have just spent a brilliant weekend at the edge of the Brecon Beacons on a wild camping bushcraft weekend! Full details will be available on our travel blog in due course…

Another challenge completed while on the recent Alaska cruise! The cruise offered a lot of opportunity to try new things and I actually participated in two dance classes… I did a 70’s line dancing class and a salsa line dancing class. I thoroughly enjoyed both and I’m keen to try maybe local salsa classes nearer home.

This was something I wasn’t expecting to complete while on a recent cruise! I had no intention of an afternoon tea however while on the cruise I met Melinda and Linda who had both booked afternoon tea at the Empress Hotel in Victoria, Canada for more or less the same time. They didn’t know each other beforehand so this was something of a coincidence. They explained that this is ‘the bucket list thing to do’ while in Victoria and is based very much on the British influence of afternoon tea in the city. Great! I was in! Well, thankfully with a bit of sweet talking from Melinda the Empress kindly fitted me in when I turned up on the day. And what a lovely experience it was 🙂